Ardbeg Kelpie will wrap its seaweedy tendrils around you 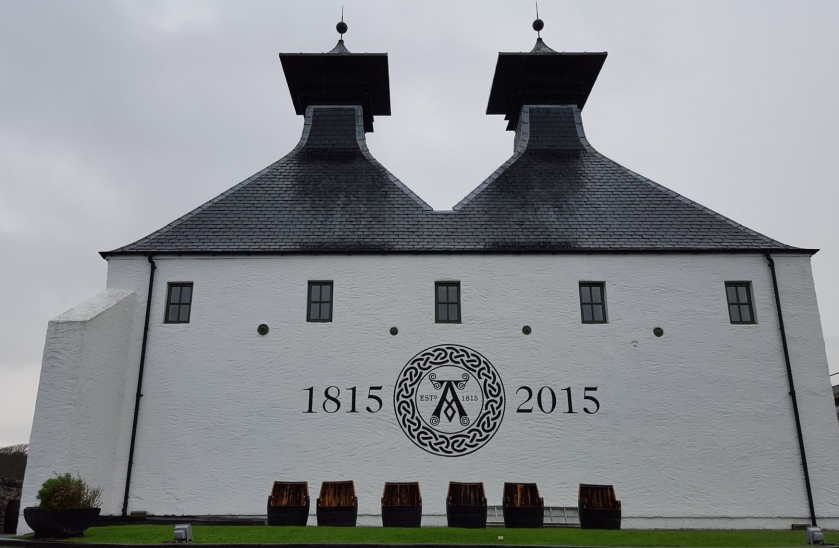 The beautiful Kildalton coast on the tiny island of Islay is home to Ardbeg, a distillery that celebrated its 200th birthday in 2016. With experienced master blender Bill Lumsden at the helm and under the ownership of Moet Hennessy, Ardbeg has gone from strength to strength since it was rescued from its mothballed state in 1997. I find it interesting that whilst you see Ardbeg on the shelves of every Dan Murphy’s and almost every local liquor store, the bottles are shmickly packaging and their marketing campaigns are clever, underneath all of this the production at Ardbeg is actually quite small. Just Six Oregon pine washbacks and one pair of stills – that’s right, one pair! Despite this limitation the distillery produces 1.3 million litres a year, which all goes into an impressive number of expressions.

Ardbeg is a distillery that has a fascinating history intrinsically intertwined with its remote location on the craggy coast so they play on this mythos and lore to draw one in. Yet combined with this history is a sense of innovation, experimentation and vision for the future. The Ardbeg core range are like a group of friends that you have known forever and that you know you can count on anytime. However, the Ardbeg annual releases are like the cool new kids who capture your attention and impress you with their moxie. Ardbeg’s annual releases over the last few years have been nothing if not interesting. Some have been received more favourably than others. For example, Perpetuum in 2015 was a little underwhelming but the committee edition shone. Dark Cove in 2016 was good, but again, the committee edition was richer and lingered longer.

For those that may not be familiar with Ardbeg, let me explain the concept of the committee edition. Being part of the Ardbeg Committee is basically being part of their fan club or on their mailing list. The best part of this is the chance to purchase special bottlings reserved exclusively for members of the Committee. Each year a new expression is released for Ardbeg Day, 3 June. There is always a general release of the expression that is pretty easily available. However, before the general release is on the shelves, committee members have a chance to purchase the committee edition. On the release date you need to get up at the crack of dawn to click around on a website in a nervous but sleep-addled state, all with the hope of quickly securing a bottle for yourself within the short window before the entire lot is sold. If you’re lucky, your prize will be getting to try the Ardbeg annual release at cask strength instead of 46%. And it’s fun to have the more exclusive version 😛 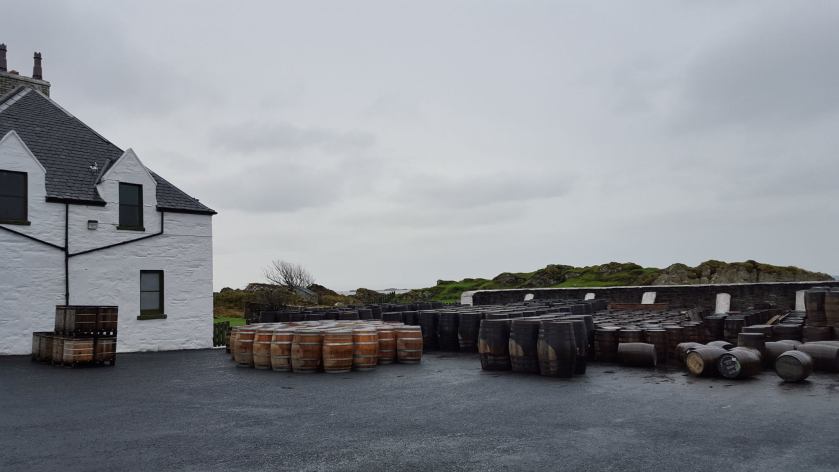 This year, the annual release is the Kelpie. What exactly is a “kelpie” you may ask? Being an Aussie, I certainly wondered! As I said, the mythos and lore of Ardbeg is strong, because of their connection to the sea, which has always been associated with adventures, tall tales and mystery. This release plays on all of that. Apparently, a kelpie is a Scottish version of a shape-shifting water spirit. They are said take the form of a horse but to be able to change into human form, and they lure sailors and those close to the shoreline to their doom. Lurking in the Gulf of Corryvreckan (just off the coast of Islay) and various lochs and seas around Scotland, they try to fool humans into following them into the murky depths. If they can throw in a cheeky dram of Ardbeg as well then I might just follow! To me, the idea of kelpie celebrates the seashore upon which the distillery stands and the folklore that surrounds it. 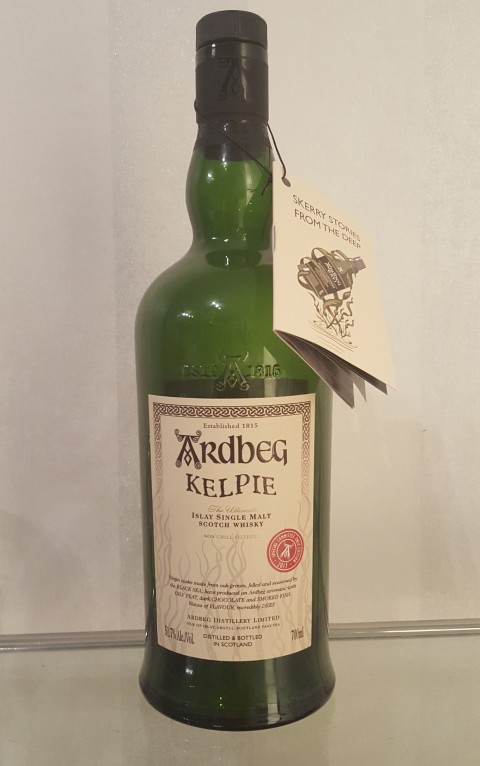 Without further ado, however, my review of the committee edition…

This year, the committee edition of the Kelpie is bottled at 51.7%. It has no age statement and has been matured in a combination of bourbon barrels and virgin casks made from Russian oak grown in an area between the Black Sea and the Caspian Sea.

I tasted this without water. You may want to add a drop to open it up or if you don’t usually drink cask strength whisky.

Palate: Really peat forward and more of the smoked fish flavours that you get on the nose. Black olives, very bitter dark cocoa and pepper follow. A charry taste of bacon grease.

Finish: I tasted this last weekend… I’m almost still tasting it 😉 petroleum, smoke, toffee that’s been on the stove a moment too long because you were distracted.

I absolutely loved this. My favourite Ardbeg annual release to date. Fingers crossed that the general release is just as good and keep your eyes peeled for a comparative review when I get a chance to taste it too.

One thought on “Ardbeg Kelpie (Committee)”