The highly anticipated new edition to the Ardbeg core range!

In this review we return to Ardbeg distillery which is located on Islay’s Kildalton coast. Today’s whisky is the brand new An Oa, the first addition to the core Ardbeg range of expressions since the introduction of Corryvrecken in 2009.

The name ‘An Oa’ is a reference to the Mull of Oa which is a peninsula located nearby to the distillery. Just like this rocky and windswept part of the coast, the An Oa has the rugged oomph that one expects from a heavily peated Ardbeg dram. And yet the An Oa also displays the more approachable side of this distillery as these wild notes are tamer than in other Ardbeg core expressions.

This whisky was matured in a combination of casks including Pedro Ximénez, charred virgin oak and ex-bourbon, which were all then married together in Ardbeg’s new bespoke oak Gathering Vat by Master Distiller Bill Lumsden. In keeping with the most of the core Ardbeg range (apart from the 10 Year Old), it does not have an age statement. It is bottled at 46.6% which is lower than both the Corryvrecken and the Uigeadail. 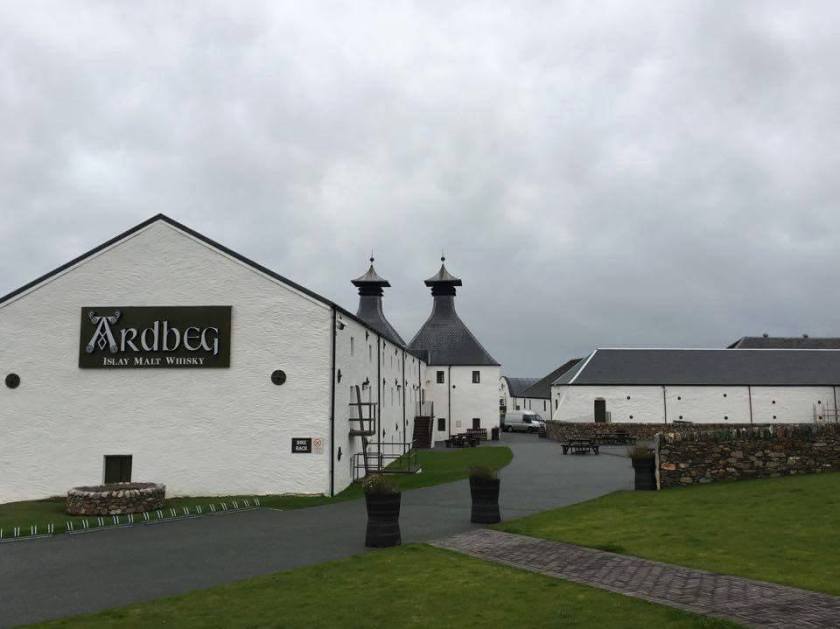 Nose: Typical Islay peat, Terry’s chocolate orange, smoky streaky bacon grease, a touch of lemon. Then there is an oak note and a hint of vanilla.

Palate: A sweet and creamy dram. Peat at the fore, dark chocolate and liquorice.  It mellows into buttery banana bread, honey, vanilla and stewed peaches. There is a little Christmas spice, flavours of nutmeg and cinnamon and cloves. The palate becomes a little dry towards the finish.

Finish: Seductively long. Still quite sweet but with a slight tang of resinous pine and an excellent, warming mouthfeel. 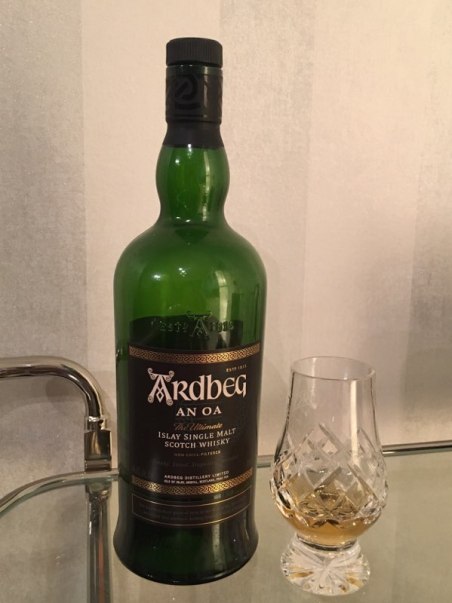 Overall, a very drinkable dram and a good addition to an already strong core range. You will start by intending to have just a single splash in the evening and will soon find that a good part of you bottle has gone. Initially I did think that the An Oa was a little one-dimensional but this notion was dispelled as I discovered more to it over time. Whilst it is not as intense in peat or proof as the Uigeadail or Corryvrecken, the An Oa’s more relaxed profile makes for easier drinking for Islay whisky lovers here in Australia as we have now begun to enter the (very warm) Australian summer season.

Have a look at my review of the Ardbeg Kelpie.